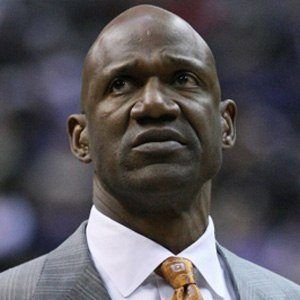 2-time NBA All-Star whose #30 jersey was retired by the Portland Trail Blazers. He became an NBA coach after retirement.

He was named an NAIA First-Team All-American during his junior year at the University of Wisconsin-Stevens Point.

On June 7, 1990, he set the NBA Finals single-game record for most free-throws made without a miss with 15 as his Portland Trail Blazers took on the Detroit Pistons.

He raised three children with his wife Susie.

In January, 2013, he acted as head coach for the Minnesota Timberwolves while famed coach Rick Adelman took time off.

Terry Porter Is A Member Of