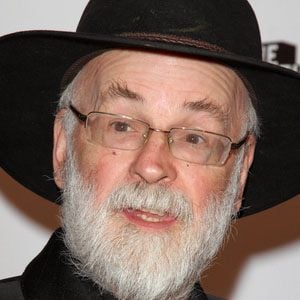 Comic fantasy author who sold over 65 million books worldwide in his lifetime. His best known works include The Carpet People, Snuff, and the Carnegie Medal-winning work, The Amazing Maurice and his Educated Rodents.

Growing up, he wanted to become an astronomer; however, he lacked skill in mathematics. He cultivated a love for science fiction and fantasy instead. He began working as a journalist in the mid-1960s.

He is best known for his Discworld series of novels.

He collaborated on the apocalyptic comedy novel Good Omens with Neil Gaiman.

Terry Pratchett Is A Member Of