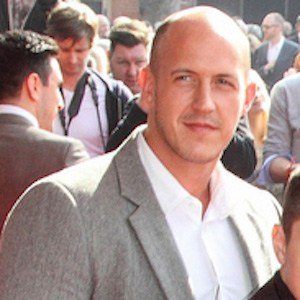 Dancer best known as a member of the 8-piece dance troupe Diversity, which formed in 2007. They were the winners of the third series of Britain's Got Talent.

He was 8 years old when he first started dancing. He danced as a way to express himself and keep fit.

He studied Computer Networking at the University of Greenwich and also attended Havering Sixth Form College and the Royal Liberty School.

He has sisters named Dani and Kate.

He performs alongside Perri Kelly in Diversity.

Terry Smith Is A Member Of