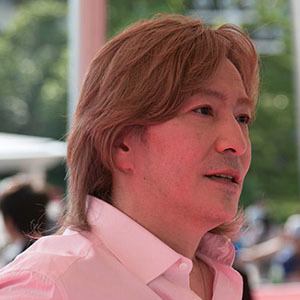 Producer, singer and songwriter is widely considered one of the most significant producers in the Japanese music industry, being largely responsible for popularizing dance music in Japan. Some of the artists with whom he is has collaborated include Tomomi Kahala, Namie Amuro and Ryoko Shinohara.

He was the keyboardist for the band Speedway in the late 70s.

In April 1995, he was partly responsible for each of the top five songs on the Oricon singles chart, which set a new record.

He married singer KCO in 2002. He was previously married to Asami Yoshida and Kanako Ohtani.

He and Jean Michel Jarre co-wrote "Together Now," a theme song for the 1998 FIFA World Cup.

Tetsuya Komuro Is A Member Of