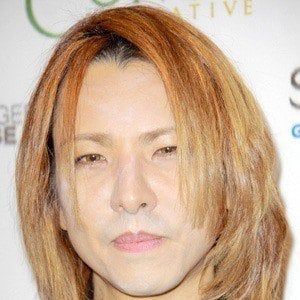 Co-founder, drummer, pianist, and principal songwriter of the band X Japan, which achieved breakthrough success in the late 1980s.

He started taking piano lessons at age four and began composing songs for piano around the age of ten.

He wrote the original musical theme for the 69th Golden Globe Awards.

He has two younger brothers. His father was a jazz pianist.

He and Hyde were both well-known Japanese artists.

Yoshiki Is A Member Of