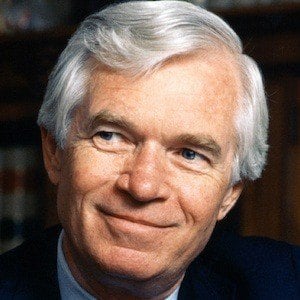 Republican politician who was elected to represent Mississippi in the U.S. Senate in 1978. He has chaired both the Senate Agriculture Committee and the Senate Appropriations Committee during his tenure.

He received a B.A. degree from the University of Mississippi, where he joined the Pi Kappa Alpha Fraternity and was on the cheerleading squad.

In 1973, he became one of the first republicans from Mississippi to be elected to the U.S. House of Representatives since reconstruction.

He served as the head of Richard Nixon's Mississippi campaign in 1968.

Thad Cochran Is A Member Of