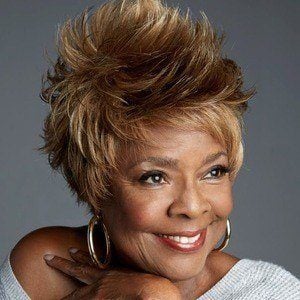 Grammy-winning pop/disco/dance/R&B recording artist whose released an astounding 23rd album called A Woman's Touch in 2013. Her cover version of the song "Don't Leave Me This Way" earned her the Grammy for Best Female R&B Vocal Performance.

To kick off her illustrious career, she started out singing gospel music with the Art Reynolds Singers. Her first big song, "Baby Mine," came on the heels of signing a contract with Capitol Records in 1967. She released her first solo album called Sunshower and soon after accepted an offer from one of the biggest record companies around, Motown Records.

West Hollywood in Los Angeles, CA proclaimed January 29th as Thelma Houston Day in 2003 thanks to her humanitarian and tireless efforts in the battle against AIDS. In 2009, she performed on the hit television shows American Idol and America's Got Talent.

She and three sisters grew up in Long Beach, CA. She would marry and have two children.

Thelma Houston Is A Member Of