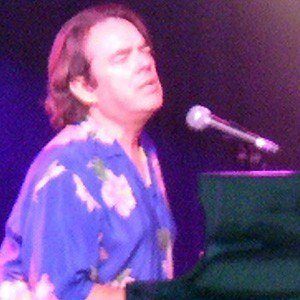 Popular songwriter known for such hits as "Wichita Lineman," "MacArthur Park," and "All I Know." Many of his hits achieved platinum status.

His first song to be commercially recorded was "My Christmas Tree" and was performed by The Supremes on "Merry Christmas," their album from 1965.

His parents were musical, but also religiously conservative and greatly restricted his musical intake. His mother died in 1965 shortly after the family moved to Southern California. His father decided to return to Oklahoma, but he stayed to pursue his musical aspirations.

He collaborated with actor Richard Harris on two albums, "A Tramp Shining" and "The Yard Went On Forever," both of which were highly acclaimed.

Jimmy Webb Is A Member Of