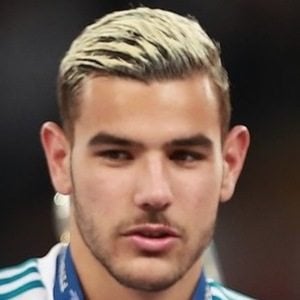 Left back who joined Real Madrid in 2017 after beginning his professional career with Atletico Madrid. In 2018 he'd play on loan for Real Sociedad.

He joined the Atlético Madrid youth setup in 2008 when he was ten years old. He made it to the reserves in Tercera División seven years later.

He helped the Basques reach the Copa del Rey final for the first time in their 91 year history.

His father Jean-François was a central defender for Atlético Madrid. His older brother Lucas is also a soccer player and defender.

He became teammates with Cristiano Ronaldo on Real Madrid.

Theo Hernández Is A Member Of