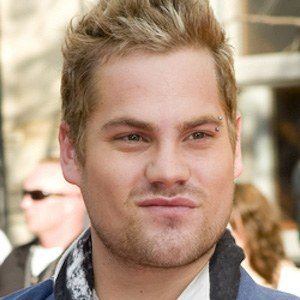 Singer who skyrocketed to fame after he won the sixth season of the reality competition Canadian Idol. He released his debut album Give It All Away in May of 2009.

He played trumpet and piano throughout high school and later attended the University of Lethbridge majoring in classical music and psychology.

In honor of Canada Day in 2010, he traveled to Afghanistan to perform for Canadian and allied troops.

He grew up in Coaldale, Alberta. He came out as gay while competing on Canadian Idol.

He competed on Canadian Idol during season six, a show presented by R&B singer Jully Black.

Theo Tams Is A Member Of