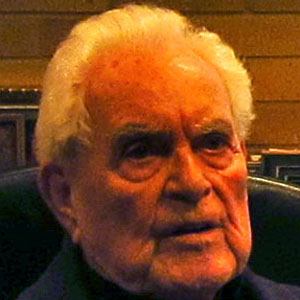 Catholic priest most famous as the President Emeritus of the University of Notre Dame. He has received more than 150 honorary degrees from various institutions, setting a world record.

He was sent to Italy by his seminary but was forced out of the country due to the start of World War II.

During his 35-year tenure as President of Notre Dame, the school's enrollment doubled and its annual budget skyrocketed from $9.7 million to $176.6 million.

He was raised with siblings named Mary, Elizabeth, Anne and James.

In 1954, he was appointed to the Science Commission by President Dwight D. Eisenhower.

Theodore Hesburgh Is A Member Of