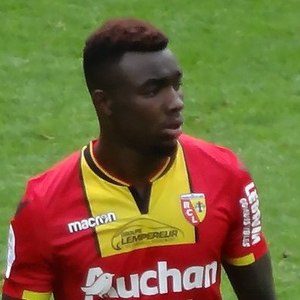 Forward who has gained massive popularity for his international club career, including for Manchester City. He was loaned to NAC Breda of the Eredivisie for the 2017-2018 season to play at striker.

He began his youth soccer career in 2003 for AS Gresivaudan. He switched to Manchester City's youth academy in 2013.

He helped lead the France U-19 squad to a semi-final finish at the 2015 UEFA European Under-19 Championship.

He is of Guadeloupean descent.

He and Douglas Luiz have played as teammates for Manchester City's renowned Elite Development Squad.

Thierry Ambrose Is A Member Of