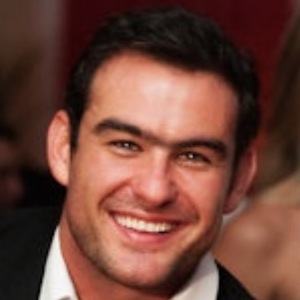 Actor who made a name for himself on Brazilian television with role on series like Cara & Coroa, Seus Olhos and Bela, a Feia. He began co-hosting the YouTube channel Carnival with Luciana Fialho in 2010.

He began taking theater classes at age 14. It was there that he met the daughter of director, Wolf Maya, who cast him on the series A Viagem.

He is an award-winning sports newscaster.

He married Andressa Garcia in 2010. He has twin daughters named Rafaela and Nina.

He co-starred with Giselle Itie on Bela, a Feia.

Thierry Figueira Is A Member Of