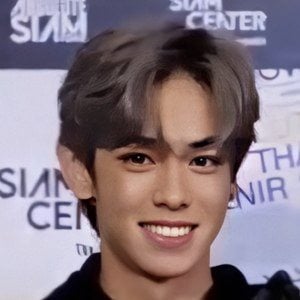 Thai pop singer and actor also known by monikers Third or Third Kamikaze whose hit song "Love Warning" amassed over 45 million views on YouTube. He has been signed under Kamikaze. He became a member of the Thai group TRINITY.

He has appeared in commercials for McDonalds, KFC, Pizza Hut, and Ovaltine.

He was born Third Lapat Ngamchaweng in Bangkok, Thailand. He has sisters named Lily and Biba and his mother's name is Ketsara Limpananon.

Third Lapat Is A Member Of