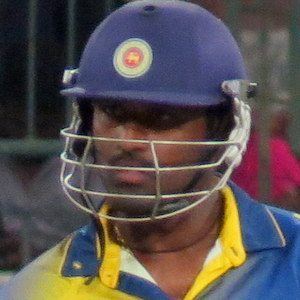 All-rounder who became part of Sri Lanka's national team at the Test, One Day International, and Twenty20 levels.

He played cricket at the lauded St. Joseph's College, Colombo.

He debuted for Sri Lankan first class team Wayamba in 2008.

He grew up with his family in Colombo, Sri Lanka.

Thisara Perera Is A Member Of