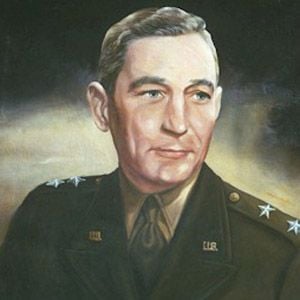 He served in World War I, earning a Silver Star for his reconaissance work during the Second Battle of Marne in 1918.

He was awarded the Distinguished Service Medal in 1943 for navigating the daunting logistics of supply over the North African desert during the Tunisian campaign.

He was born in Louisburg, Wisconsin.

Thomas B. Larkin Is A Member Of