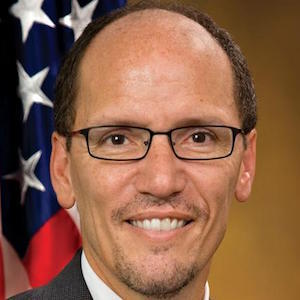 American politician and civil rights lawyer who became the 26th United States Secretary of Labor in 2013.

He attended Brown University and Harvard Law School before working in the Department of Justice.

He oversaw the Obama administration’s efforts in challenging a 2011 voter ID laws in Texas in South Carolina.

He had three children with his wife Ann Marie Staudenmaier.

He succeeded Hilda Solis as the United States Secretary of Labor.

Thomas Perez Is A Member Of