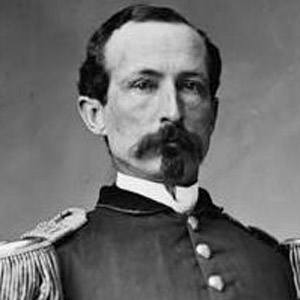 Former United States Army officer and Union general during the American Civil War. He was wounded during the Battle of Murfreesboro in December 1862.

He graduated from the United States Military Academy in 1845, where he finished 5th in a class of 41 cadets.

He became active in the Grand Army of the Republic, an organization intended for Union Army veterans, after he moved to Dayton.

He was born to army officer George Thomas Wood and Elizabeth Helm.

President Abraham Lincoln was in office during his time in the army.

Thomas J Wood Is A Member Of