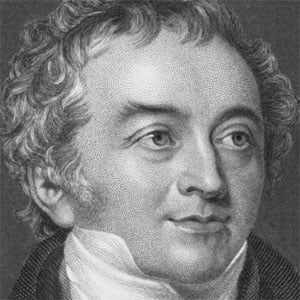 He started studying medicine in London in 1792 and earned a degree of doctor of physics in 1796 before starting his own career as a physician in 1799.

He was elected a foreign member of the Royal Academy of Sciences in 1828.

He was born the eldest of ten children in a Quaker family in Milverton, Somerset.

He was called a "truly original genius" by fellow scientist John Herschel.

Thomas Young Is A Member Of