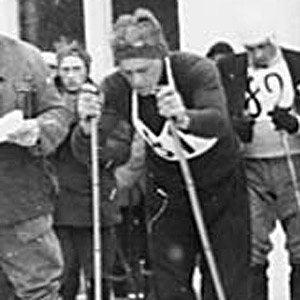 Norwegian skier who won three gold medals at the 1924 Olympics in the Nordic combined and cross country events.

He was honored with a statue in 1946 by sculptor Per Palle Storm in Drammen.

He was raised on a farm on the Norwegian countryside where his father manned a wheelwright workshop.

He won gold at the 1924 Olympics where skater Sonja Henie competed in her first Olympics.

Thorleif Haug Is A Member Of