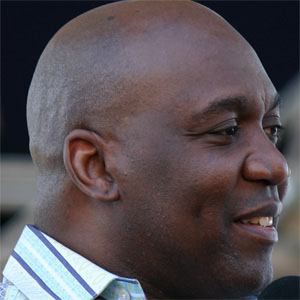 National Football League running back who played for the Buffalo Bills and, briefly, for the Miami Dolphins. He was NFL MVP in 1991 and NFL Offensive Player of the Year in 1992.

Before launching his NFL career, he played for the Oklahoma State University football team. In his senior year at OSU, he was nominated for the Heisman Trophy.

He played with the Miami Dolphins during the 2000 season; however, as a gesture of loyalty to the team he had played with for over a decade, he re-signed with the Bills one day before his NFL retirement.

He grew up in Houston, Texas and later settled in Buffalo, New York with his wife and his four children.

Thurman Thomas Is A Member Of