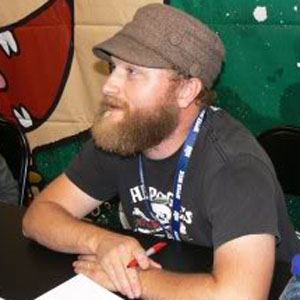 Screenwriter, voice actor and artist who created the memorable series, The Marvelous Misadventures of Flapjack.

Before embarking on his successful career, he attended the California Institute of the Arts, where he majored in Character Animation.

His first job was in 2001, when he was hired to provide storyboard animation for the Cartoon Network series, The Powerpuff Girls.

He was brought up in Norfolk, Virginia.

Both he and pianist Michael Cain studied at the California Institute of the Arts in Valencia, CA.