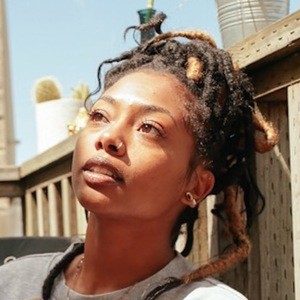 Rapper known professionally as Tia Nomore; she gained fame for her single "Suck it Easy." She released her debut EP #Holloween in December of 2015.

She started freestyle rapping throughout middle school and high school and was selected to the Bay Area Freshman 10 in 2014.

She often skipped school growing up, once taking an entire month off to record in LA.

She grew up in Oakland's Chinatown district and credited her oldest brother with helping push her to rap.

She and Kehlani collaborated on a remix of Ty Dolla $ign's "Or Nah."

Tiara Claudette Is A Member Of