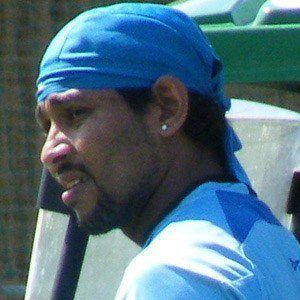 Sri Lankan cricket and former captain who is an aggressive right-handed batsman who invented a stroke called "dilscoop," which involves going down on one knee and scooping the ball over the head of a wicket-keeper.

He married Manjula Thilini in 2008.

He has played alongside cricketer Sanath Jayasuriya.

Tillakaratne Dilshan Is A Member Of