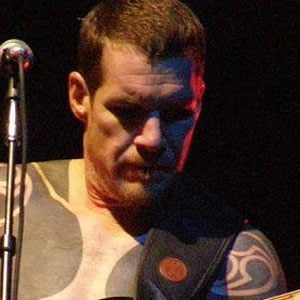 Funk metal bassist and backing vocalist for the rock band Rage Against the Machine, the group known for songs like "Darkness" and "Sleep Now in the Fire."

He released three albums with Audioslave before the group disbanded in 2007.

He married Aleece Dimas in 2001; the couple has two sons named Xavier and Quentin.

He reunited with Tom Morello and the other members of Rage Against the Machine in 2007.

Tim Commerford Is A Member Of