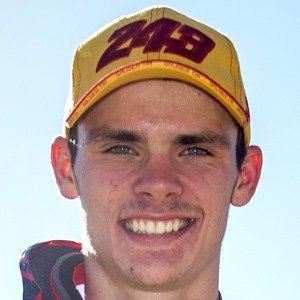 His career as a motocross racer began in 2007. He placed on the UEM EMX 65cc European Championship that year.

He signed on the dotted line to earn a sponsorship with Monster Energy in 2016.

He is the son of motocross ride Bogomir Gajser. He has younger sisters named Alja and Neja and an older brother Nejc. He had an older brother named Zan who died in an accident, and as tribute, he rides with his late brother's birth date of 243.

He and Marvin Musquin have both won MX2 World Championships.

Tim Gajser Is A Member Of