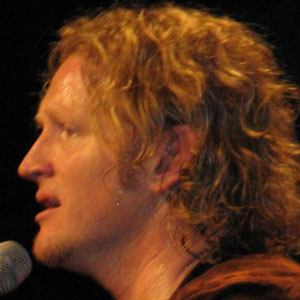 Christian comedian and songwriter who gained fame for his parody songs and his clean humor. His more popular parodies include "The Candy Man" and "Dust in the Wind."

He attended the University of Missouri, where he played outfield on the school's baseball team.

He quit his job as a truck driver in 2002, after which he launched his comedy career. His YouTube channel has accumulated more than 390,000 subscribers.

His older brother, Todd Hawkins, became his stage manager. He had three sons and a daughter with his wife Heather, whom he married in 1998.

Tim Hawkins Is A Member Of