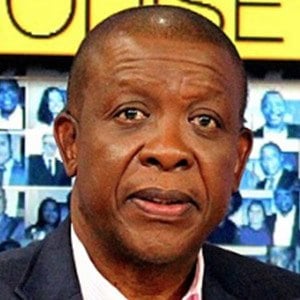 Award-winning South African journalist and broadcaster who's worked for numerous TV and radio stations including SABC, M-Net, Primedia and Power FM. He's known for hosting the programs The Modise Network and Tonight with Tim Modise.

He studied at Damelin College and at the University of Fort Hare.

He was named SABC Broadcaster of the Year in 1991 and was inducted into the Radio Hall of Fame in 2011.

His wife Keagile passed away after a car accident in 2001.

Tim Modise Is A Member Of