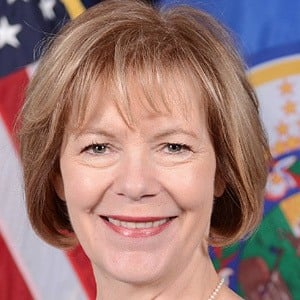 American politician, and member of the Democratic Party, who began serving as a United States Senator from Minnesota in 2018. She had been named the 48th lieutenant governor of Minnesota in 2015.

She earned a bachelor's degree in political science from Stanford University.

She was once the vice president of external affairs at Planned Parenthood of Minnesota, North Dakota and South Dakota.

Her husband's name is Archie. They have two sons named Sam and Mason. Her mother Christine was a teacher and her father F. Harlan was a lawyer.

She filled the U.S. Senate seat that became available after the resignation of Al Franken.

Tina Smith Is A Member Of