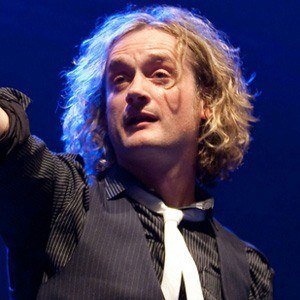 English singer and songwriter who has been a guitarist for the band Little Angels on albums like Mr. Thrud, 87, and Too Posh To Mosh.

He started out in the band Mr. Thud while in high school and after much local and national success, the band went on to become Little Angels.

He grew up with family in Scarborough, England.

He and the band Little Angels toured with many musicians, including Bryan Adams.

Toby Jepson Is A Member Of