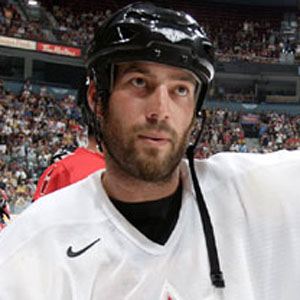 All-Star forward known for sucker punching Avalanche center Steve Moore and driving his face into the ice, fracturing three vertebrae in his neck. He spent the bulk of his NHL career with the Vancouver Canucks and Detroit Red Wings.

He played for the Sudbury Wolf Cubs in the Ontario Minor Hockey Association.

He debuted in the NHL in 1995 for the New York Islanders.

His father Albert was a miner and window-washer. He has two children, Tag and Jaden.

Steve Moore's career ended due to the damage inflicted by Bertuzzi.

Todd Bertuzzi Is A Member Of