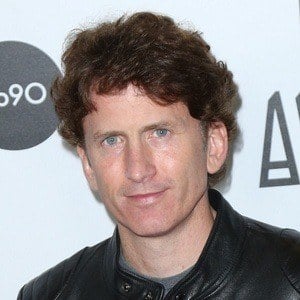 Winner of three consecutive Game of the Year awards for his work on the video games Oblivion, Fallout 3, and Skyrim known for his work as a video game director, designer, and producer at Bethesda Game Studios. He was named Best Game Director by the Academy of Interactive Arts and Sciences in 2012.

He was a double major in Engineering and Finance at College of William & Mary in Williamsburg, Virginia. His first game development credit at Bethesda was for The Terminator: Future Shock and SkyNET.

He was named as one of IGN's Top Game Creators of All Time and named by GamePro magazine as one of the Top 20 Most Influential People in Gaming over the last 20 years.

He was born in Lower Macungie Township, Pennsylvania.

He is an influential game designer like Markus Persson, creator of Minecraft.

Todd Howard Is A Member Of