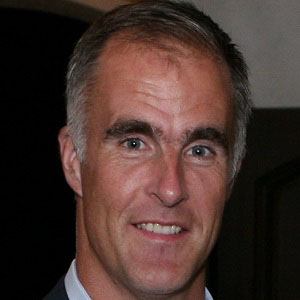 American tennis player who was ranked as one of the top five players in the world in his heyday. Some of his most notable victories include the 1994 Queen's Club Championships and 1998 Stockholm Open.

He played tennis at Northwestern University for two years before making his professional debut in 1990.

Following his retirement, he became a coach for Serbian superstar Novak Djokovic and a contributor to ESPN.com.

He married a woman named Amy in 2000 and has children named Jack and Cash.

He defeated Brad Gilbert to win the Delray Beach International Tennis Championships in 1993.

Todd Martin Is A Member Of