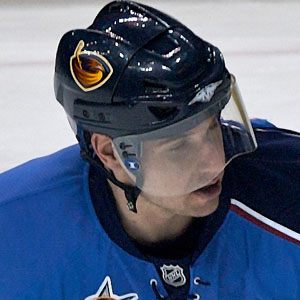 He played for four years at Clarkson University, where he recorded 74 points in 37 games during his senior year.

He spent his last professional season with the New York Rangers and the AHL's Connecticut Whale.

He was born and raised in Kanata, Ontario.

In 2008-2009 he was part of a dominant trio dubbed the Little White Russian Line, along with Ilya Kovalchuk and Bryan Little.

Todd White Is A Member Of