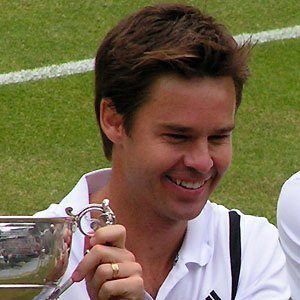 Winner of 83 ATP doubles titles and an Olympic gold medalist.

He used to watch his mother play social tennis when he was a child.

He participated in the sixth season of Australia's 'Dancing with the Stars.'

He married wife Natasha on April 8, 1995, with whom he fathered a daughter, Zara Rose, and a son, Beau Andrew.

He defeated Patrick Rafter at the 1997 Wimbledon Championships.

Todd Andrew Woodbridge Is A Member Of