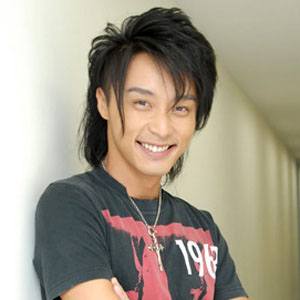 Japanese actor and singer who is best known for his roles as Sou Yaguruma, Kamen Rider The Bee, and Kamen Rider Kick Hopper in the television series, Kamen Rider Kabuto.

He was born in Suginami-ku and worked as a child actor before joining JVC Entertainment agency after high school.

He has also been a vocalist for the band, Eroica and had two famous singles released as the opening songs to the series, Gensoumaden Saiyuuki.

He was born to parents who owned a ramen restaurant and has an older sister and younger brother.

Another Japanese actor who has starred in the Kamen Rider series like him is Koji Seto.

Tokuyama Hidenori Is A Member Of