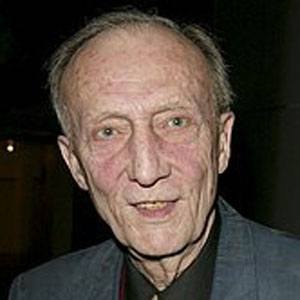 Award-winning character actor who appeared on "The Sopranos" and "Boardwalk Empire."

He was inspired to become an actor when he saw Marlon Brando's performance in "A Streetcar Named Desire."

He was an acclaimed stage actor who appeared in numerous Broadway plays and musicals, including "On Golden Pond" and "Into the Woods."

He played the father-in-law of Tony Soprano (played by James Gandolfini) in the acclaimed HBO series, "The Sopranos."

Tom Aldredge Is A Member Of

What About Bob?
Born In 1928
TV Actors
First Name Tom