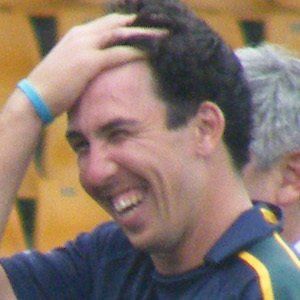 Cricketer who is known for his career playing for the Netherlands' national team. He has also played for the South Australia Redbacks and the Twenty20 league's Adelaide Strikers and Melbourne Renegades. He is particularly known for being a middle order batsman, and right-armed off-spinner.

He made his Netherlands national team debut in 2011 as a member of that year's World Cup squad. In February 2015, he signed with the English Somerset County Cricket Club for the English county season.

He was born and raised in Wollongong, New South Wales, Australia. His mother was born in Dutch New Guinea, which made him eligible to play for the Netherlands' national team.

He served as a pallbearer alongside Aaron Finch and Michael Clarke for Phillip Hughes' funeral.

Tom Cooper Is A Member Of