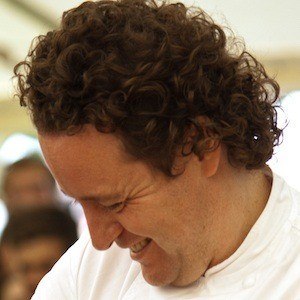 Scottish chef known for being the youngest person to earn a Michelin Star, which he earned when he was 29 years old. His most famous restaurant is The Kitchin.

He attended Perth College, where he studied catering before working at Gleneagles Hotel.

He's appeared on MasterChef and The Chef's Protege as a mentor and was a contestant on Great British Menu.

He has four children with his wife Michaela.

Tom Kitchin Is A Member Of