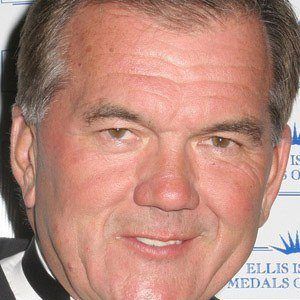 43rd Governor of Pennsylvania who was the first Secretary of Homeland Security from 2003 to 2005. He also served as a senior aide to 2008 Republican Presidential candidate Senator John McCain.

He served as Infantry Staff Sergeant in the 23rd Infantry Division during the Vietnam War, where he earned the Bronze Star, National Defense Service Medal, and Vietnam Service Medal.

He was a member of the US House of Representatives, representing Pennsylvania's 21st district, from 1983 to 1995.

He has two children with Michele Ridge.

He was appointed to the position of Secretary of Homeland Security after the department was created by George W. Bush in 2003.

Tom Ridge Is A Member Of