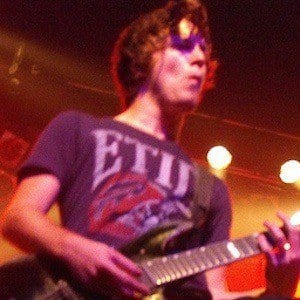 Guitarist known for being one of the founding members of the metalcore band Architects. Their fifth album, Daybreaker, was their first to break into the top 50 of the UK charts.

The band was formed in 2004 and went by the names Inharmonic and Counting the Days before settling on Architects.

He died at the age of 28 after a three-year battle with cancer.

He and his twin brother Dan formed Architects.

He and the band performed with Parkway Drive and their lead singer Winston McCall.

Tom Searle Is A Member Of