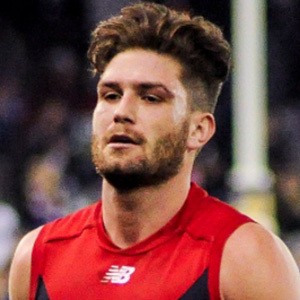 Professional Australian rules footballer who played for the Greater Western Sydney and Melbourne Football Club in the Australian Football League. He played as a defender on both the half-back line and as a midfielder. He entered top

He began his career as an underage recruit in 2010 and also played for Victoria in under 16 and under 18 championships.

He received a six-week suspension in 2018 after striking another player in the face four minutes into a game.

He spent 2016-2018 playing for Melbourne. Jack Trengove also played for the same team.

Tomas Bugg Is A Member Of