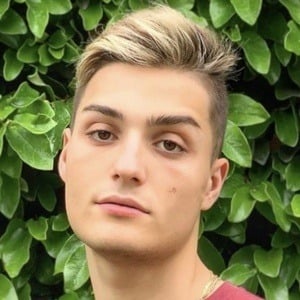 Argentinian prankster in addition to Instagram model, singer and YouTuber who went viral with his first ever video "BESO O TORTAZO." It was watched more than 12 million times.

He signed up for his YouTube channel with a username of AnonimusSam1.

He is from Buenos Aires, Argentino.

He's part of the WIFI Team alongside influencers such as Gonzalo Goette, Yao Cabrera and Sasha Ferro.

Tomás Oranges Is A Member Of