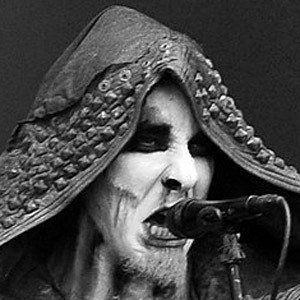 Musician who rose to fame playing bass guitar and providing backup vocals for the extreme metal band Behemoth. He has been known to play instruments manufactured by ESP Company, Limited.

He joined Behemoth as a session musician in 2003 and performed with another metal outfit known as Neolithic.

In 2007, he made an appearance in the band Vader's And Blood Was Shed in Warsaw live DVD.

He is originally from Warsaw, Poland.

He and Adam Darski both performed with Behemoth.

Tomasz Wróblewski Is A Member Of