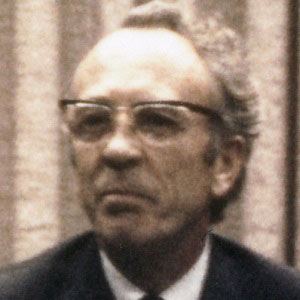 From the mid 1940s until the early 1960s, this Canadian Co-operative Commonwealth Federation (CCF) politician served as Premier of Saskatchewan. He later became the New Democratic Party's first leader.

After pursuing an amateur boxing career in his teens and subsequently studying sociology at McMaster University and the University of Chicago, he was ordained as a Baptist minister. He entered politics during the Great Depression era.

A major focus of his political career was the creation of a Medicare system in Canada.

Born in Falkirk, Scotland, to Thomas Douglas and Annie Clement Douglas, he spent his youth between his native Scotland and Winnipeg, Manitoba, Canada. His marriage to Irma Dempsey resulted in an adopted daughter named Joan and an actress daughter named Shirley Douglas; his grandchild, , had a highly successful career as a screen actor.

He and Liberal Party politician Jack Patterson both served in the Canadian House of Commons during the mid-to-late 1930s and early 1940s.

Tommy Douglas Is A Member Of