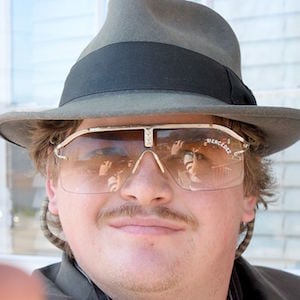 Well known online as TommyNC2010, he is an aspiring filmmaker and YouTube sensation with an awkward comedy style of humor. He has more than 100,000 subscribers.

He uploaded a first YouTube video in November of 2011 after registering for the network in January of 2010.

He was featured on Tosh.0 and in a season 11 episode of MTV's Made. He began doing weekly livestream talks called Tommy Talks.

He is from Black Mountain, North Carolina.

He has been inspired as a YouTuber by fellow YouTubers such as Doug Walker and Chris Pirillo.

Tommy Finton Is A Member Of