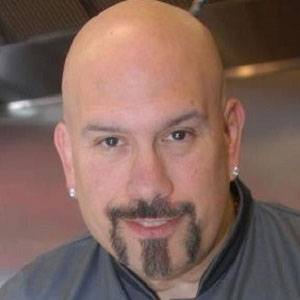 Born Anthony Lucidonio, Jr, he is an American restauranteur, best known for co-hosting the reality show Frankenfood on SpikeTV. He is also the founder of the cheesesteak sandwich franchise Tony Luke's.

At 13, he worked in several family restaurants, until he attended the Philadelphia High School for the Creative and Performing Arts, where he trained as an actor.

In 2010, he opened a Tony Luke's restaurant in the small island country of Bahrain, off of the Persian Gulf.

Born in South Philadelphia, he is the son of Anthony Lucidonio, Sr, and Clara Lucidonio. He is also a brother to Nicholas Lucidonio.

Has used his cheesecake sandwiches to compete against other chefs' dishes on the Food Network reality tv show Throwdown! With Bobby Flay.

Tony Luke Jr. Is A Member Of