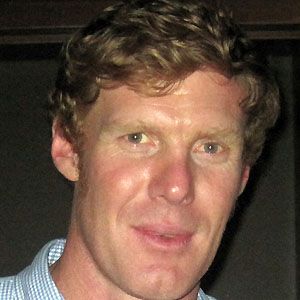 Former defender who was named the US Soccer Athlete of the Year while playing for Calcio Padova in 1995. He was a member of the US national team from 1991 to 1998 and became a TV soccer analyst after retirement.

He played college soccer for Rutgers University from 1988 to 1991.

He won an MLS Cup and was named to the MLS Best XI with the Los Angeles Galaxy in 2002.

His brother Greg also played in the MLS.

He was teammates with Cobi Jones on the Los Angeles Galaxy and US national team until retiring in 2003.

Alexi Lalas Is A Member Of