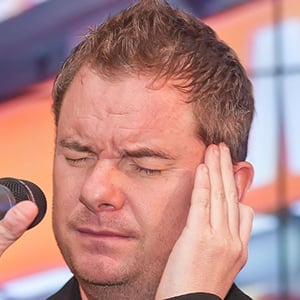 Dance pop and hip hop artist well known for being a member of the boy band East 17. He wrote the group's first number-one single, "Stay Another Day." He left the group in 2014 to focus on a solo career.

He was an original member of East 17 when they came together in 1991. He turned more to songwriting after the group disbanded for the first time in 1997.

He has made television appearances on Loose Women,  Never Mind the Buzzcocks and The Wright Stuff. He also competed on the show Winter Wipeout.

He and his partner Tracey have daughters named Atlanta and Ocean. The lyrics for "Stay Another Day" were inspired by the death of his brother, Ollie, by suicide.

He and Brian Harvey were two of the original members of East 17.

Tony Mortimer Is A Member Of