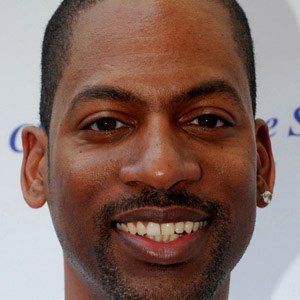 American comedian and actor who is the younger brother of Chris Rock. He was a correspondent for BattleBots on Comedy Central for the show's fifth season. In 2022, he had a lot to say about Will Smith, who slapped his brother at the Oscars.

He performed as a stand up comedian in his early 20s until earning his first short-lived entertainment job as a game show host, on the show Can You Tell? for Oprah Winfrey's Oh! Oxygen network.

He is known to television audiences for his role as Dirk Black on All of Us. He has amassed over 25 credits in his acting career.

He has seven siblings: Chris, Jordan, Andrew, Charles, Kenny, Brian, and Andi. He grew up on Decatur Street in the Bedford-Stuyvesant neighborhood of New York City.

He has made numerous guest appearances on The Howard Stern Show.

All of Us
Mann and Wife
Living Biblically